The Lower Austrian side – who sensationally managed to avoid being relegated last season – are determined to secure at least one point against SK Rapid today (kickoff: 6.30pm). St. Pölten were defeated 2-3 by Sturm Graz in a spectacular first round match last weekend.

Now Jochen Fallmann’s team want put pressure on Rapid’s defence which looked feeble and insecure against Mattersburg. Despite a comfortable 2-0 lead, Rapid only garnered one point against the brave team from Burgenland.

Rapid coach Goran Djuricin – whose team want to reconcile with fans after a horrific season – must do without several players who are currently recovering from serious injuries. Winger Philipp Schobesberger, centre-back Christopher Dibon and striker Giorgi Kwilitaia would normally be part of his preferred starting eleven.

“Anything but a victory would be a disappointment,” Djuricin underlined. The manager knows he would soon be in hot water if his team fail to convince fans and club bosses. Next week Rapid are up against FK Austria in another edition of the infamous Viennese derby. 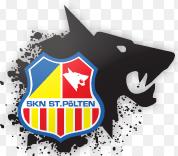