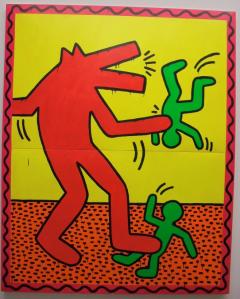 The fall of the Berlin Wall. 9/11. Hardship in Gaza. The frozen conflict in Cyprus. The 2015 refugee crisis. 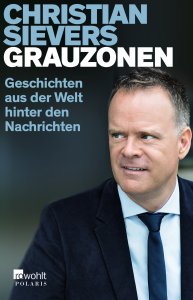 There is plenty of ground to cover in Christian Sievers’ book. The German journalist worked for local US television and as the ZDF’s Middle East correspondent before becoming the broadcaster’s primetime news anchor.

“Grauzonen” tells from the difficulties of reporters as they are urged to rush out breaking news reports while the story is still developing. Sievers now also knows how hard it is for the programme editors to create a sensible 20-minute distillation of what is going on in the world.

Fascinated by journalism and reporting already as a teen, Sievers describes how he managed to get a job at WTNH-TV in New Haven, Connecticut, before joining the ZDF. He flew to New York after the World Trade Center terror attacks to capture the atmosphere in the Big Apple.

“Grauzonen” also features heart-stopping moments while covering the war between Israel and Hamas, impressions from refugees’ route to Europe and a visit in Cyprus where the absurdities of diplomacy overshadow the root cause of the confrontation.

Nazar has launched another ferocious attack on politicians as his autobiography hits the shelves. 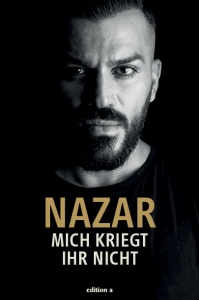 In an interview with the Oberösterreichische Nachrichten, the Vienna-based rapper told: “I once was very interested in politics. But then I found out that staying in power and making money is all that matters. No one really wants to work for the benefit of the people.”

Nazar has been embroiled in a war of words with lawmakers before. Denounced as “terror rapper” by the right-wing Freedom Party (FPÖ), the musician called FPÖ leader Heinz-Christian Strache a “son of a bitch.

Now the rapper – who came to Austrian from Iran with his brother and his widowed mother as a child – presents “Mich kriegt ihr nicht”. As on his records, Nazar refuses to march in lockstep. Appalled by certain developments in society and politics, the hip hop artist does not shy away from expressing his frustration in the book which also tells from difficulties at school and in his neighbourhood.

“Religion and politics must not be merged. Take a look at what happens in Iran. Dangerous situations are created when people try to manipulate others by taking advantage of the strong influence of religion,” he told the Kurier.

Nazar has been shifting the boundaries throughout his career, from the early beginnings with fringe concern rap to brilliantly arranged songs such as “Zwischen Zeit & Raum” featuring late pop icon Falco. Now his autobiography is certain to cause uproar among decision-makers, fans and critics.

Back in March 1986, the higher tiers of the US Billboard Hot 100 were packed with fantastic artists like Whitney Houston, Elton John and Robert Palmer – but it was an Austrian artist who beat them for number one. 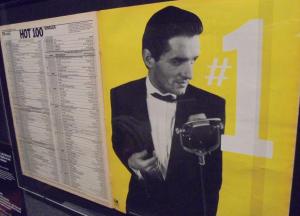 Falco’s “Rock Me Amadeus” topped a ranking which listed singers and bands of exemplary skill and talent. The success of the artist widely considered as the first German-language rapper often distracts from the poor condition of urban pop culture in his hometown.

After the first rock adventures in the 1950s and 1960s and local youth’s revolutionary fervour in the following decade, the eighties were a difficult period for musicians in the Austrian capital. Now an exhibition helps to understand developments there, from beat festivals benefiting from the Beatles hysteria to the money-spinning shows of Wanda and Bilderbuch.

“Ganz Wien. Eine Pop-Tour” – now on display at the Wien Museum – portrays legendary venues such as Flex and Rhiz but also recording studios of Viennese musicians. The exhibition consists of several sound cubes and numerous paraphernalia and it soon becomes evident that establishing a comprehensive picture of the genre throughout the decades in just one museum showroom is an undoable task.

Nevertheless, “Ganz Wien” – which ends this Sunday – functions as an entertaining collection of souvenirs, from early Helmut Qualtinger releases and Falco’s Helmut Lang suit to Marco Michael Wanda’s leather jacket and lovely photographs such as the one of Georg Danzer and Josefine Hawelka.

The number of people going to the movies has been in decline for many years and it seems as if the industry struggles to cope with the many dips, lows, throwbacks and disappointments it had to endure during the past few decades.

“Was vom Kino übrig blieb” (The Remains of Cinema) manages to drags minds away from the possibly fatal consequences of increasingly powerful competitors such as highly successful television series. Miraculously, the cinema survived several crisis periods by opting for spending splurges on blockbuster productions and other desperate initiatives. But doubts that another superhero movie can soften the fall cannot be ignored any longer.

The Künstlerhaus Graz exhibition features paintings, photographs, sculptures and video installations by celebrated artists such as Ryusuke Ito, Michaela Schwentner and Joseph Beuys. Curated by Norbert Pfaffenbichler and Sandro Droschl, “The Remains of Cinema” functions as a journey in time back to a nostalgic period when the big screen was the most relevant asset of the entertainment industry.

Newspapers’ attention has been drawn to the manager’s seat as Rapid clash with Wolfsberger AC in the league on Saturday.

The 27th round of the Bundesliga will be kicked off by the Green-Whites’ encounter with the struggling team from Carinthia at 4pm. If WAC suffer another defeat, all eyes will be on the club’s board of directors. WAC bosses are expected to dismiss coach Heimo Pfeifenberger (pictured) if his team’s form does not pick up dramatically soon. 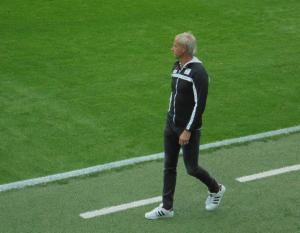 WAC sensationally beat Sturm Graz away from home before losing four league fixtures in a row, with a 0-1 defeat at home against St. Pölten as some sort of humiliating nadir. No other Austrian top-flight competition coach is in charge longer than the former national team player. But just one victory in 19 Bundesliga matches is anything but convincing.

However, his Rapid counterpart is not working wonders either. Goran Djuricin’s side offered little penetration against Red Bull Salzburg, losing the away game 0-1. This performance of exceptional poverty was followed by a goalless draw at Altach, a match dominated by an incredible number of missed chances. Rapid supporters are hoping for captain Stefan Schwab to return after being sidelined due to injury for some month.

The Bundesliga after 26 of 36 rounds:

The official WAC website can be found at http://www.rzpelletswac.at

“Running is the most natural sport of mankind. We always used to run,” argues author Ronald Reng. After a string of enormously successful books on football, the German author is now drawing readers’ attention on another sport. 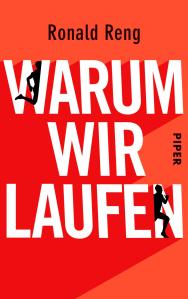 Speaking about his passion for the sport, Reng explains: “I quit running on a regular basis when he had kids. Apart from that, I wrote books with an immense determination. Writing became the most important aspect in my life. Now, as I’ve restarted training, I have no idea why I felt like that.”

His oeuvre furthermore features books on Heinz Höher, a retired coach who worked for Bundesliga clubs nearly all his life without stepping into the spotlight (“Spieltage. Die andere Geschichte der Bundesliga”) and “Barca. Die Entdeckung des schönen Fußballs”, a collection of essays on the brilliance of FC Barcelona’s game.

In “Warum wir laufen”, Reng analyses recent developments in running such as the increasing usage of high-tech gadgets and apps, but it is childhood that lies at the heart of the story. Reng became one of Hesse’s best middle-distance athletes after failing to excel in soccer.

“My mother used to compete in marathons, and my sister was member of a track and field association,” he tells HNA, adding that “one of my few goals in life is to keep on running forever (…) I was once forced to switch to cycling due to an injury and I hated it.”