A renowned journalist who has been causing indignation among right-wing voters has written a book on standing up against xenophobia.

Anja Reschke has infuriated nationalist citizens by denouncing the rising number of physical violence against refugees and arson at their accommodations. A comment on national television in which she spoke out against these incidents and the increasingly hostile atmosphere exploded online. The clip has recorded around 20 million views. In “Haltung zeigen!”, Reschke reveals that she has been receiving demeaning mails and hate-filled letters referring to her contested statement nearly each day ever since. 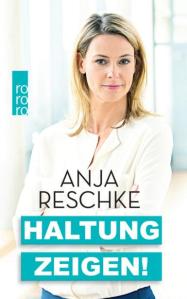 In her book, the Hanns Joachim Friedrichs Award laureate reflects on strict manners during her childhood when her grandmother ordered her to sit upright for dinner. She analyses various terms linked with the subject and argues that expressing one’s opinion does not breach journalists’ vow of absolute independence.

At less than 100 pages, “Haltung zeigen!” makes compelling reading as the book offers a compact overview on what has happened in Germany since the intense immigration of refugees from war-torn Syria in 2015. Xenophobic sentiment has surged to such an extent in the prosperous country that Alternative für Deutschland, a far-right party widely considered as racist, triumphed at several provincial but also the most recent federal election.

Reschke’s courageous appeal is desperately needed in times like these. Her book is a vital contribution to the debate on multicultural tolerance and migration.

In its 65 years of existence, the German Bundesliga has delighted us with numerous remarkable athletes but also characters – from 1970s legends like Allan Simonsen and world-class strikers such as Giovane Elber to Mario Basler and other acid-tongued loudmouths. 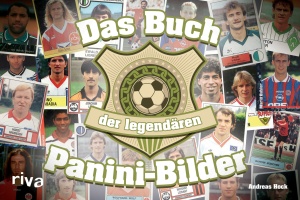 Andreas Hock has selected some of the most memorable Panini stickers and enriched this great collection of moustaches and outrageous haircuts with hilarious anecdotes. “Das Buch der legendären Panini-Bilder” does without long, convoluted essays on the game. The author rather focused on fun facts and heart-stopping moments of the careers of players and coaches – from Felix Magath, Uli Stein and Anthony Yeboah to Rudi Völler, Michael Ballack and Oliver Kahn.

Who became a cult hero not because of compelling performances on the pitch but due to the way Franz Beckenbauer pronounced his name? Which Eastern European footballer tried pilfering a fur coat? This book will deepen your addiction to football nostalgia.

Heinz Strunk has created marvellous plots rotating somewhere between banality and obscenity ever since his debut, “Fleisch ist mein Gemüse”, which exploded in 2004. While “Junge rettet Freund aus Teich” (2013) was a tender celebration of childhood, the highly controversial “Der golden Handschuh”, published in 2016, was probably just too repulsive. 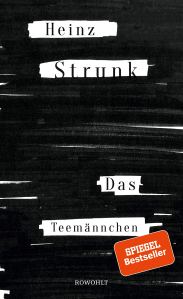 Now Strunk has released “Das Teemännchen”, a collection of short stories which are just brilliant. There are just a few good guys with bad luck like the nervous young actor messing up his audition or the bloke who wonders how he ended up strapped to the blade of a wind turbine.

The truth is that in “Das Teemännchen”, it’s all about the vile and verminous core of the human soul. It tells from the nightmare trip of a young man from Western Germany to the other side of the Iron Curtain to visit his girlfriend’s dad. With the opening “Tempo 100”, Strunk has done a fantastic job in portraying a couple who do everything they can to make the other one’s life worse.

All those stories are less complex and, maybe, compelling than Strunk’s novels. However, “Das Teemännchen” is a phenomenal return to form of one of Germany’s most celebrated but also contested authors. No one else captures our unsettled times more sublimely.

He describes himself as a rather good-looking chap with decent German skills who enjoyed a cosmopolite upbringing. Nevertheless, Todor Ovtcharov still struggles getting along in Vienna. Having lived here for years, the young Bulgarian experienced some outrageously hilarious encounters. 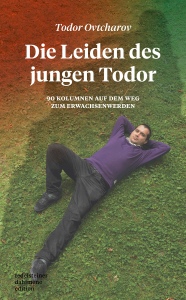 In an approach comparable to Wladimir Kaminer’s “Russendisko”, “Die Leiden des jungen Todor” features anecdotes from how to handle gangsters in Vienna’s “ghetto districts” to interminable troubles linked with Pamela Anderson. Ovtcharov would like to take Karl Marx to Lugner City shopping mall and Wolfgang Amadeus Mozart to a drum and bass bash. He describes what it was like to grow up behind the Iron Curtain and how he felt as he entered unfamiliar territory for the first time. According to Ovtcharov, integration is nothing but modern feudalism. He warns from the risk of a life-threatening escalation of hugging and kissing rituals.

Some readers will reject certain argumentations. However, Ovtcharov’s straight-forward approach is immensely entertaining and delightful.