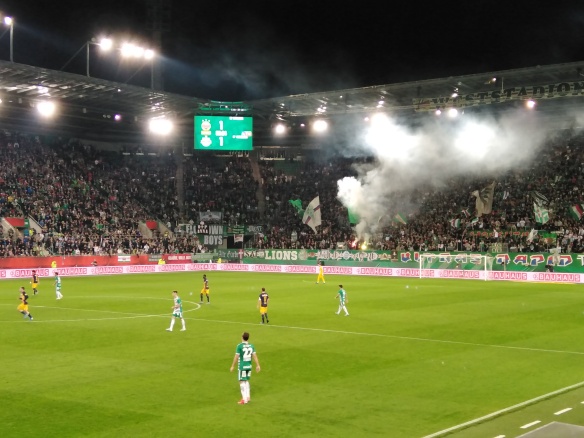 The stakes have never been higher for Daniel Kehlmann since the release “Die Vermessung der Welt” (Measuring the World) in 2005. His brilliant historic novel developed into one of the most successful books in decades. Its cinematic adaption helped the book to reach an even broader readership.

Now Kehlmann has taken his readers back in time once again. “Tyll” – which is now out as a 480-page paperback – has also found wide acclaim among readers and critics.

The book tells from the astonishing life of Till Eulenspiegel, a 14th century joker and acrobat who overcomes all opposition – either thanks to his outstanding skills or by sheer force of personal charm.

But with its witty dialogues and easily digestible philosophical elements, “Tyll” is also a compelling portrait of royal triumph and doom, devastating battles and personal tragedy.

Kelvin Arase could soon play a bigger role at Rapid.

Having scored the opening goal in SK Rapid’s 2-0 away win against WSG Tirol at the weekend, the attacking midfielder’s services are expected to become more important at the Viennese club in the foreseeable future. 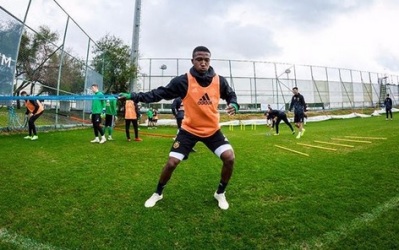 Arase might not be a player endowed with great stamina, and he failed to pose any threat from shooting positions last season. However, coach Dietmar Kühbauer has said he admired his tenacity and attitude on the pitch.

Arase, 20, spent a few weeks with second-division side SV Ried at the beginning of the season before Rapid bosses cancelled the cooperation earlier than planned due to a series of severe injuries at the Rapid camp. “Nevertheless I think I benefited from my spell at Ried,” Arase said, claiming he was now less nervous during games than before.

Meanwhile, former Rapid defender Maximilian Wöber admitted he was bracing for a hostile atmosphere at the Allianz Stadion where his new team, Red Bull Salzburg, face Rapid for an eagerly awaited cup showdown at 8.45pm tonight. “I won’t get distracted by emotions. My focus will be on winning the match,” Wöber said, adding that he would not celebrate if he scored.

The 21-year-old Austrian international left Rapid – who clash with Hartberg in the league on Sunday (Allianz Stadion, 5pm) – in 2017 to join Ajax. Austrian league and cup winners Red Bull snatched him from FC Sevilla last month.

Asked by the Kronen Zeitung whether he would offer any advice to Rapid defender Christopher Dibon, who is a close mate, on how to disarm Bulls goal machine Erling Braut Haland, Wöber replied, laughing: “I haven’t found an effective recipe in training yet myself.”

Rapid can look back on a handful of convincing performances but more difficult tasks lie ahead.

After having beaten city rivals FK Austria away from home, the Green-Whites achieved a 10-1 victory in a friendly against SV Güssing, a Burgenland league side celebrating their 100th anniversary. 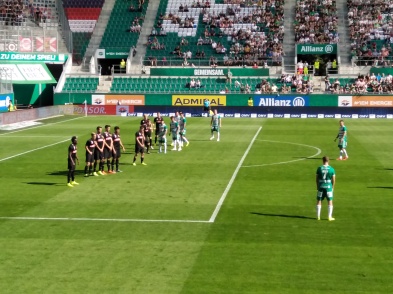 Last Sunday’s superb performance against Admira (5-0) indicates that Rapid’s muddle-through days might be over. Christoph Knasmüllner’s distribution of the ball was, once more, marvellous, while Taxiarchis Fountas – who posed a perpetual threat – seems to have developed into manager Dietmar Kühbauer’s cornerstone player.

Now the cup finalists of last year face WSG Tirol in the league in Innsbruck on Saturday (5pm) and Champions League contenders Red Bull Salzburg in the second round of this season’s ÖFB Cup on Wednesday (Allianz Stadion, 8.45pm).

Since Marion Sonnleitner and Maximilian Hofmann returned from injury breaks, Kühbauer can keep his options open as far as his preferred back four are concerned. Maximilian Ullmann has turned out to be a highly reliable left-back while Stephan Auer and Mateo Barac were rock-solid against Admira. 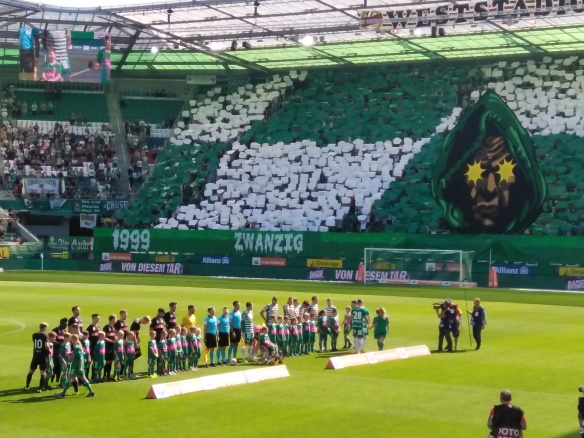 Family festivities can be wonderful occasions but it can never be ruled out that deep-rooted problems lead to escalating rows. Too many issues simmering, unresolved, beneath the shiny surface always proved poisonous.

“Familientreffen” by Mike Supancic is investigating this very special issue. Thanks to the madcap musical elements, the Styrian comedian’s stage programmes are always boasting with energy. Speaking to the Wiener Zeitung about the characters appearing in his latest oeuvre, the versatile entertainer explained: “It’s all made up, but some stereotypes are certainly very recognisable to the audience.”

Tour audiences can expect psychological insight into the fractured family framework as the down-to-earth artist turns away from politics this time around. “Some general political topics will surely be part of the programme. This time around, however, I wanted to consider only a handful of vital questions such as the planned smoking restrictions and the 140 kilometres per hour regulations for motorways,” Supancic told the Wiener Zeitung.

Supancic looks back on a long list of commercially successful and critically acclaimed Kabarett programmes such as “Traumschiff Supancic” from 2010. Speaking about music as an essential part of his shows, he said: “’Familientreffen’ features lots of songs. That’s my typical style, it has worked out so far and I really enjoy it that way.”

Mike Supancic will perform “Familientreffen” at Vienna’s Kabarett Niedermair (www.niedermair.at) on the 2nd of October and on the 3rd of November. For more tour dates, go to http://www.supancic.at

Back in the 1970s, a possible slump of the Japanese economy was totally unimaginable.

The country had developed into the second-most powerful economic force in the world. Brands like Toyota, Panasonic and Sharp were superior in all respects. Sony outclassed its global competitors by presenting the revolutionary Walkman in 1979.

The decline of Japan’s industrial sector happened slowly before the stock market crash came as a wakeup call for enterprises, managers and citizens who had invested massively into new economy firms and real estate.

“Japan. Abstieg in Würde” captures the many aspects of Japan’s downward spiral with astonishing precision. Author Wieland Wagner not just examines the economic angles of the issue. The Spiegel correspondent, who returned to Japan in 2014 after having been based in China and India for 10 years, harshly criticises Prime Minister Shinzo Abe’s spending splurge as it completely failed to boost the economy.

Wagner portrays teenagers, clerks and former residents of Fukushima. “Japan. Abstieg in Würde” helps you finding out what the typical Japanese harmony and melancholy has to do with the dismal condition the country is in today.

After writing about excessive partying and lavish jet-setting, a German journalist has taken the audacious step of compressing the history of the world into less than 300 pages. 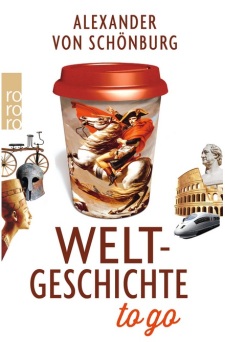 “Weltgeschichte to go” cruises back in time to provide a compact overview on the history of mankind before serving up some highly interesting – and controversial – top 10 rankings. Alexander von Schönburg, 50, is certainly not the first in line to publish a slim essay on the history of the world. The Berlin-based author’s best-of lists will raise eyebrows for sure. His top 10 personalities do include Martin Luther and Nelson Mandela while a few other picks are rather remarkable. As far as inventions are concerned, Schönburg praises letterpress printing and Coca Cola. The former Park Avenue editor in chief also decided to establish a ranking of the best ideas in history, including happiness but also progress and money.

“Weltgeschichte to go” will appeal to the masses without any doubt. However, the author’s dry wit and disarming sense of humour are rather ineffective this time around. “Tausendundeine Party. Die hohe Kunst des Feierns” from 2017 – in which he revels the worst mistakes you could make when attending celeb bashes and praises Paris Hilton
a “great philosopher” – underlines that easily digestible subjects are Schönburg’s ideal terrain. 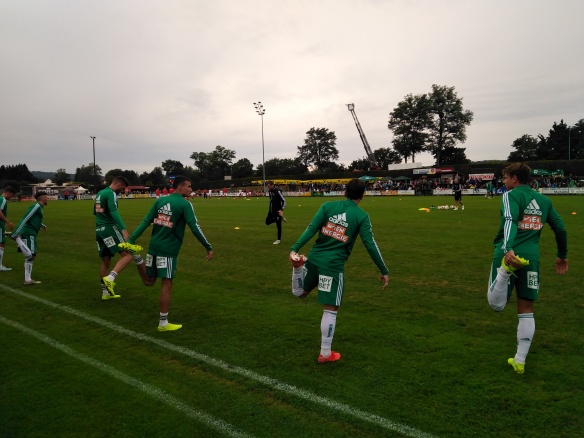